The stage musical Peter Pan starring Cathy Rigby has toured the world to great acclaim. An adaptation of the famous 1954 musical directed by Jerome Robbins and starring Mary Martin, this new version is lasting proof that J.M. Barrie’s tale of the boy who would never grow up is one of the kingpins of family entertainment. All the elements are in good form for this video production shot at the Mirada Theater in 2000 for the A&E Network. Some new songs have been added to the fabulous Moose Charlap-Carolyn Leigh score (which includes “Tender Shepherd,” “I Gotta Crow,” “I’m Flying,” and “I Won’t Grow Up”). But the biggest asset to this production are the spectacular flying sequences: Peter even soars over the audience at times. Martin was a stronger actress in a close-up, but Rigby is magical with her athleticism and spark, most notably in a percussion-filled song and dance number “Ugh-a-Wug.”. 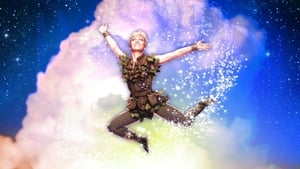